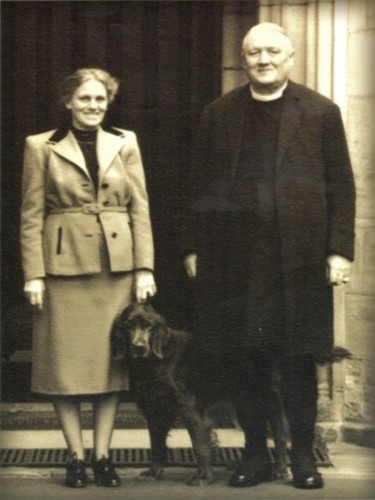 Mowll Village began with a vision by Dorothy Mowll, wife of Archbishop Howard Mowll. The pair met and married while working as missionaries in north western China. They subsequently moved to Australia in 1933 when Howard was appointed Archbishop of the Sydney Anglican Diocese. Dorothy immediately immersed herself in working for the good of the community and within weeks of war being declared, she had 2,000 women working in different organisations towards Australia’s war effort.

Dorothy conceived the idea of building a community of Christian care that would be home for retired Anglican ministers and missionaries. She passed away before her vision was realised, but her husband Archbishop Mowll, with full support from the Anglican Church leadership, ensured her vision was brought to life with the opening of Mowll Village in Castle Hill.

Little did she know that her dream would grow into one of Australia’s leading aged care providers.

Since the opening of Mowll Village at Castle Hill in 1959, the 115-acre estate is now home to five retirement villages and five residential aged care homes. While our services keep expanding across greater Sydney, we still uphold our original values by reflecting God's love and enriching people’s lives.

Anne Atkin is a second-generation resident at Mowll Village in Castle Hill. Her mother and mother-in-law were both residents there and her father-in-law was instrumental in planning the village, so when it came time for her and husband Graham to select a retirement village, she says it was easy to choose.

“Only heaven is perfect, but this is the next best thing,” says Anne, who has lived in Mowll Village for 20 years.

“We have lots of friends in the Village. I’ve been very active in the Chapel for many years, and I do lots of community things like line dancing and exercise classes. And Graham has been a volunteer bus driver, taking residents out on trips. We have a very active social life,” says Anne.

Anne and Graham chose Mowll partly because of their personal connection, but also because of the Christian ethos of Anglicare and the opportunities village living provided to nurture and grow in their faith.

“The care we receive here – mentally, physically and spiritually – is great and ongoing. Anglicare is great at looking after us, no matter what we need,” says Anne.